To develop a body of artistic work  which questions how contemporary British society deals with loss, grief and the increasing stress of constant ‘change’ in everyday life.  The challenge is to encourage spectators to reflect upon the importance of recognising any type of loss for what it is, to identify with it and allow the process to unfold through the various stages, but ultimately, this body of works should empower viewers to help transition them to the next stage of ‘letting go’ and moving on (the 6th & 7th stages of transition (Transition Management, Bridges, 2010)).
The eventual output, a body of works, will support my interests in Psychology, Change Management, Philosophy & Mental Health and are intended to be used as objects of focus for potentially contemplative as well as therapeutic consumption in galleries, community centres, public spaces and private settings.

Final Outcome; - To produce a series of contemporary paintings & works supported by photography and /or video, from January to April 2016, with finalised outputs for May 2016.

I will utilise the facilities of The University of Huddersfield school of Art Design & Architecture together with my own home based studio & separate workshop space.
Media; - Using low-cost acrylic pigments on canvas with additional explorative materials in acrylic suspension from shredded and or powdered artefacts (SPAs), as high-quality outputs, together with video and photographic images to support my progression.
Initial material costs estimates, less than £500.00.

Initial risks identified as possible toxicities through respiratory exposure of SPAs, together with the manufacture thereof.
Risks to mental well-being must always be considered in the production, and also the display of art.  Appropriate academic support will be requested for any areas that may be deemed contentious, or may have inherent cause for concern.
Risks during the start-up and implementation of this project will be recorded, reported, assessed, evaluated and mitigated as appropriate.

None identified.
If ethical concerns are raised or identified during critiques or feedback, these will be addressed accordingly, and work modified to comply with the University’s codes of conduct.

Project Title / Area of Focus:    “THE THINGS WE LEAVE BEHIND”

Theme
My current development project is an enquiry into combinations of identity and fading memories, entitled “The things we leave behind”.  It questions how contemporary British society deals with loss, in terms of simple loss of ‘objects of the everyday’, but also expanding this notion to more intense feelings of loss, such as bereavement and the sensations of grief, whilst our emotions are continually juxtaposed with the increasing stress of constant ‘change’ in everyday life.

The body of work created through my journey of exploration reflects the idea that every object we see, use, or touch provides a tiny element of our own identity.  We create our own identity through our encounters.  Anamnesis is the collection and re-collection of the lost, but also to build and transform them into something new. .

My interests in contemporary art also lie in the notion that it is, a vehicle for ‘visual philosophy’ , .  This is then linked with the use and research of ‘Affect Theory’ together with contemporary notions of ‘presence’ in object oriented ontology, built on structures of Heidegger’s philosophical theories, and then applied in Contemporary Art.

Main Area of Material Study
Focus
- What form of practice are you currently working on?
Contemporary painting & illustration, and sculptural reliefs; through the use of acrylics mixed with plaster, together with the dust, detritus human hair and alternative mediums such as shredded banknotes bank statements, archive material, cotton, textiles metal etc., the themes of artefacts produced are found in everyday objects.
- How do you characterise your practice, and why is it important to think about it in this way?
The ideas generated which emerge as artefacts of production, are placed in a genre that encompasses contemporary European philosophy, and in particular, speculative realism, which is a discourse on the response to Kantian notions of ‘Thought & Being’, and challenges Kant’s inference that the world cannot exist without humans, and humans cannot exist without the world, as anything outside is un-knowable.

Main Area of Theoretical Study
Strategy
- What are the main theoretical ideas you are working with?
“The Things We Leave Behind” is a study of our traces, left through our everyday existence.
The ideas touch on grief and loss as bereavement, but also explore the sensations of loss and grief associated with objects.  The initial work stems from an interest in continental philosophy, in particular, starting with Nietzsche, through the works of Heidegger, and into contemporary Speculative Realism, as expounded by Prof. Graham Harman, (b.1968) (American University in Cairo), and Prof. Quentin Meillassoux (b.1967), (Université de Paris 1, Panthéon, Sorbonne), amongst others.

- Are there particular themes you have identified and which you have examined in your R&D / Theory Modules?
I have focussed my theoretical research in art to contemporary notions of loss, affect & grief; together with a research commitment into contemporary philosophy with an introduction to Heidegger’s theories – presence and non-presence, which are now being further developed and built upon through emerging object oriented ontology studies; and in particular, Speculative Realism.
Studio Practice
Tactics
- How have you developed your initial ideas?
By continuing the study of the works of the New European Painters as an art movement who engaged in the research of grief and loss through their own artworks.   Current proponents of this movement, and in particular Prof. Bracha L. Ettinger (b.1948) and Prof. Luc Tuymens (b.1958) (both professors at the European Graduate School), engage in the studies of psychological trauma as part of their own oeuvres.  Their work provides an opening point and direction towards the study of affect and grief.
Combining their works and new research, together with theories of philosophy from Prof. Graham Harman in object oriented ontology, I intend to synthesise a new theme of direction for my own creative practice and research.  The concept of Anamnesis, is the backbone of my production technique, that is, by using the remembrances, of that which was once lost, to make anew.
I am also increasingly looking at the oeuvre on Peter Fischli (b.1952) and David Weiss (1946-2012).
I continue to record my thoughts and research by detailed (blog) writing and provide a record of visual ideas through photography of my work and that of others, all within my electronic blog space.
(My blog is a virtual sketchbook – See http://grahamhadfield-contemporaryfineart.blogspot.co.uk/ ).
Studying the role of Affect and in particular, how it interacts with emotional responses within grief and loss, by creating artworks that draw the viewer into contemplation and to question the choices of both subject matter and materiality.

See above and the attached documentation, which outlines my initial thoughts below.
Research and Development Blog address:
http://grahamhadfield-contemporaryfineart.blogspot.co.uk/search/label/Research%20%26%20Development

The works of the New European Painters movement.  Creative artistic developments from Profs. Ettinger & Tuymens combined with philosophical research by Prof. G. Harman.  These academic sources will provide influence on my research, which will be supplemented through my own personal observations, together with other relevant emerging academic discourse, everyday transactions, my life experiences over the last 50+ years, the news and television media, my personal relationships, and my own emotional triggers and those of others (if appropriate) which I intend to record as part of this research.

I anticipate to use various methods of painting and drawing, with computer based illustration and 2 and 3 dimensional sculpture also using various traditional media, for example canvas acrylic paint, plaster / Plaster of Paris, etc. but with some additional alternative derivatives materials together with the exploration of alternative ways to manufacture the same (e.g. shredded source / origin materials, including textiles, wood, metals, stone, plaster and other material formed from various detritus, using a garden shredder).
It should be noted that each material has been risk assessed for any potential hazards, risks being fully recorded, reported, evaluated and mitigated, as agreed with my tutors and the University’s Risk Management process and assessors.

(b) What additional books, galleries, journals, websites do you feel are of use to you at this stage? 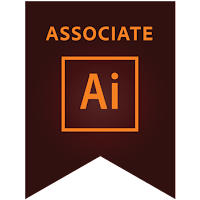 I have also completed my examination
by Adobe Inc. and now qualified as an Adobe Certified Associate Illustrator
(December 2015)

I regularly attend galleries in Leeds, Manchester, Sheffield & Huddersfield together with the Tate, & Walker Galleries Liverpool, and others, as evidenced at;
http://grahamhadfield-contemporaryfineart.blogspot.co.uk/search/label/Gallery%20Visit

For contexts of Contemporary Art, ‘current’ sources constantly explored are the internet, (through. Turps Banana, This is Tomorrow, Tate, / Tate shots, Google, and other general search engines).

As a mature student I have acquired a modest library of books, periodicals and literature which also form the backbone of my research tools, with regular updates on;

5.    Are there any issues / additional comments that you would like to make about your             intended Degree Show work? Do you foresee any difficulties, have any ideas about             modes of display, or do you have any intended outcomes in mind at this stage?

Outcomes
My desire is to create artefacts that are what I would call ‘meta-encounters’.  That is, objects that are rich in metaphor and connect independently and uniquely with each spectator.

There will be some whom I do not engage with, in that, my art might not attract their attention; it is up to the viewer to ultimately find their own meaning in my works.

Nevertheless, it is through the various manifestations of my interpretations of these ‘meta-encounters’, that I attempt to create artefacts that reflect the fragments of my research, in ways that are often mildly didactic, quirky or even mischievous; My goal is to create an encounter which, on first glance may appear to some as facile, but then draw the viewer in further, to look at the work(s) in much more detail, so that the visual clues and metaphors can be explored and interpreted, or re-interpreted as a much richer encounter.  The viewer will find meaning through the exploitation of anamnesis, a re-incarnation if you like, of and from their own memories and encounters.

The intended focal point of my Degree Show will be a works measuring approximately 250 centimetres (cm) tall, by 150cm wide and approx. 50cm deep.   The object will be vertically wall mounted, at approx. 100 cm from the ground, and require an overall edge clearance of at least 100 cm to any other object or surface.

Ideally, the piece should be illuminated from above with a front spot-light trained upon it at a distance of approx. 300cm, at an angle of 45 degrees to the perpendicular.

I am comfortable about the timescales to the Degree Show and do not foresee any difficulties in creating the final artefact(s), with the chosen materials and modes / processes for exhibiting the work.

6.  Attendance Commitment - are there any times you will be absent from studio?