In my quest to find reference materials and research the ideas of "things left behind", I considered how art, produced as historical references themselves, provide us with the almost tangible feelings of times left behind & times gone by, generally.  These metaphorical meanings are quickly delivered to observers.

I found particularly the Pre-Raphaelite paintings collections at the Manchester Gallery full of narrative of things left behind...  My visit to this gallery today gave me a chance to start to look at how other artists have tackled this question, - even those who perhaps were not knowingly providing the provocation of looking at the 'Things Left Behind' 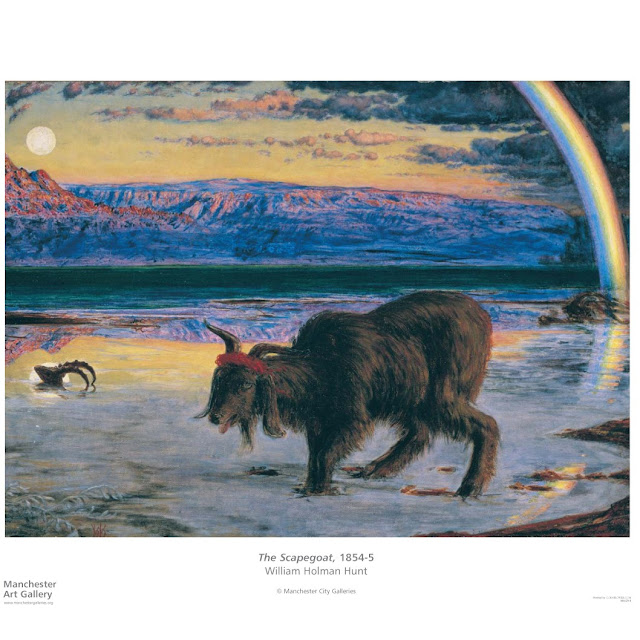 Essentially, my theme of 'Things Left Behind' as a title for the scope of works to be focussed upon next term may in fact, be too wide?   In  it's widest sense (the macro-theme), it could refer to the whole history of mankind perhaps!... However, the flip side of the title theme can also mean that I could choose to focus on the micro-theme, I could choose to include the transference of DNA from a previous owner of an object, - or even just a temporary steward of the object.  I can even drill down a little further to the point of the vapour molecules left from the breath, or touch of our skin; yet further to the even smaller transfer of atomic residues etc. 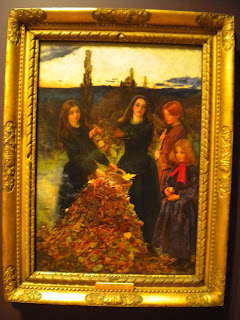 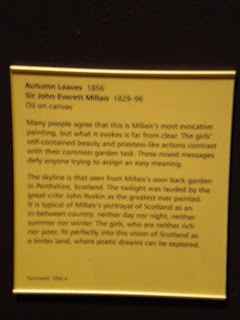 But I think of particular interest is the transfer of some kind of personal signature from a person's touch, (the 'person', as referenced previously, I shall call the 'Steward' of the object under scrutiny, as they could either be owner or user or niether, but a temporary custodian in the moment of transference).  So the steward transfers a little bit of their own essence (in what ever form), when they touch an object.  It is here that the richness of 'Things Left Behind' starts to become much more dynamic and rich for both inquiry and interpretation. 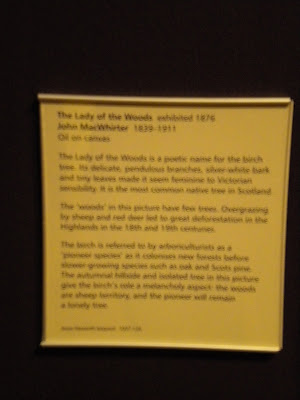 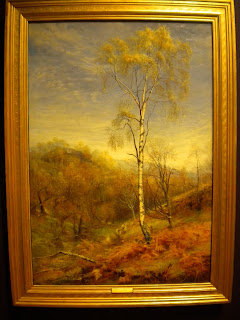 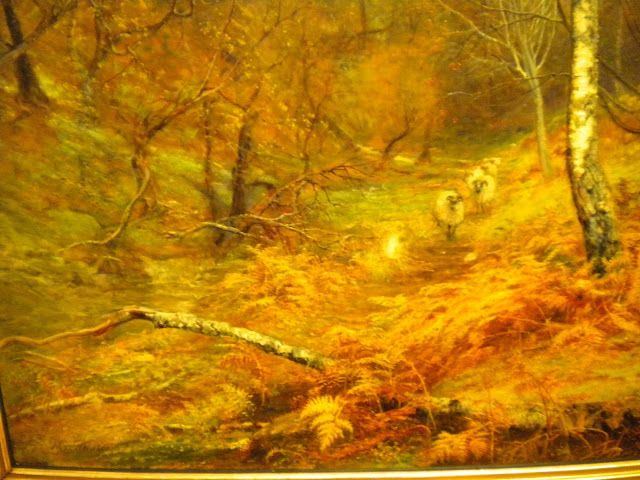 The Lady of the Woods (1876), by John MacWhirter, 1838 to 1911, caught my particular attention. I don't know why, but it just did.  I spent a fair time just starring at what on first sight is the painting of a  Silver Birch tree, and a Rowan (Mountain Ash) behind it, with a small flock of sheep wandering through the forest.  However, what really got me thinking was when scrutinised, I don't think this painting is about the tree at all.  In two places, I can see the ghostly image of a lady, painted as within the forest. One, reclining behind the fallen tree across the path, with her head near to the left of the first advancing ewe, looking, almost guarding, the trunk of the Silver Birch.  The second image, seated and crouching forwards, as if in mourning, is immediately in front of the stump of the fallen tree at the foreground of the painting.  Are these just my own musing imaginations, or is this a serious attempt by the artist to create a set of visions of the Lady of the Woods?....

I'm in a state of thinking at the moment, my output isn't good from a practice point of view, but I want to create quality, not quantity at this stage as I believe that just churning doesn't actually achieve much.

... I think it was Einstein who said "Madness is when someone repeats the same actions again and again with the expectation that something different will be the outcome!...

Posted by Graham Hadfield at 15:53 No comments: